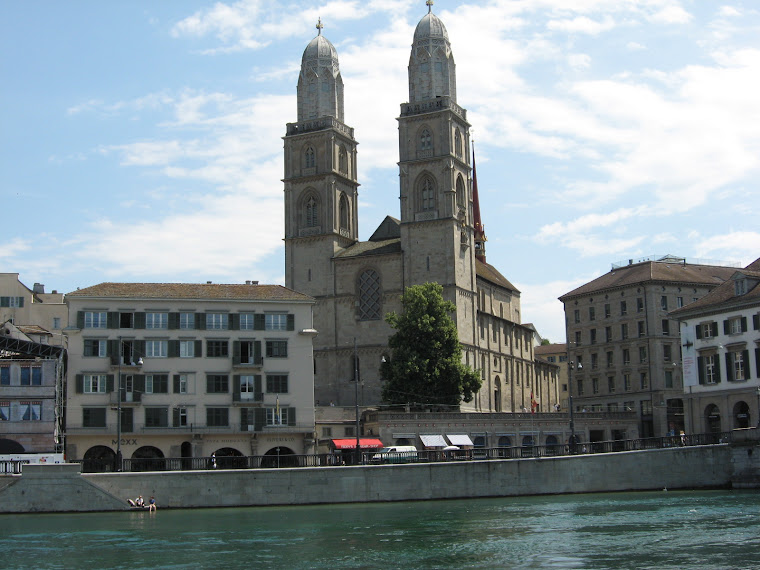 The centrality of christology in Bullinger’s thought

The portrait of Bullinger by Hans Asper (dated 1559) gives a clue as to the centrality of christology in Bullinger’s thought. In the portrait, Bullinger is holding a book revealing certain Scripture passages. It’s as if Bullinger challenges the viewer to grasp the significance of the biblical texts chosen and the order in which they are presented.

The portrait has this inscription at the top:

This inscription is clearly Bullinger’s personal testimony to indicate, at age fifty-five years, to what extent Christ had been formed in him. For him, true life is life that is complete in Christ. The biblical texts in the book are, in order, Matthew 17:5, Colossians 1:19-20, Colossians 2:3. Colossians 2:10. Colossians 2:9 and John 1:16-17. The texts are taken from the Zurich Bible of 1539. Each of these texts have to do with one aspect or Christology or another. Thus, the fact that this portrait displays these chosen texts indicates the centrality of Christology in Bullinger’s thought.
A fuller discussion may be found in Joe Mock, ‘Portrait of Bullinger’s Theology’ Zwingliana, 46 (2019) 29-43.

BULLINGER AND THE ANABAPTISTS

In George Williams' "The Radical Reformation" (1962) he has this comment about Bullinger on page 201:

"Bullinger is introduced at this point in our narrative as a major historian of the Reformation in Switzerland and as a tendentious chronicler and lifetime opponent of Anabaptism."

What do you think of Williams' assessment of Bullinger to correctly interact with the Anabaptists of his time?
Posted by sujomo at 2:56 AM No comments:

In his "Studiorum Ratio", Bullinger writes the following re prayer before serious study of the Scriptures:

"Give me wisdom, understanding, and memory, that I may understand your law, revere you alone, worship you truly, and obtain true knowledge, so that I may redound to your glory and be of service to the state."
Posted by sujomo at 1:23 AM 1 comment:

ZWINGLI ON THE EUCHARIST

Bruce A Ware of The Southern Baptist Theological Seminary has a fairly good article on Zwingli and the Eucharist: "The Meaning of the Lord's supper in the Theology of Ulrich Zwingli (1484-1531) in Thomas R. Schreiner and Matthew R. Crawford (eds.), "The Lord's Supper: Remembering and Proclaiming Christ until He Comes" (Nashville: Academic, 2010), pp229-247.

He has a good balance between comment and analysis and direct citation from Zwingli himself.

"Fourth, Zwingli's support for the spiritual, even sacramental, presence of Christ in the Eucharist seems strained: Perhaps owing to his affinities with the young John Calvin and the Geneva School of Reformed teaching, Zwingli sought to uphold also the spiritual presence of Christ for those who partake of the elements in faith. And while he affirmed this clearly, as we have seen, he did not support his views biblically here to the extent that he did so strongly elsewhere."

When did Calvin come to a Reformed understanding? This is a matter of debate. Some have suggested the autumn of 1533 - well after Zwingli died on the battlefield at Kappel am Albis!

What a shame that Ware was not aware of the liturgy for the Eucharist that Zwingli wrote in 1525.

Zwingli is emphatic that it is not the Lord's Supper if Christ is not present - ie spiritually
Posted by sujomo at 6:50 PM No comments:


This is taken from Bruce Gordon’s article “‘Welcher nit bloubt der is schon verdampt’: Heinrich Bullinger and the Spirituality of the last Judgment” in Zwingliana, XXIX, 2002, 29, 30.

Bullinger’s regular practice was to preach three (in the early years up to six!) times a week on Tuesdays, Fridays and Sundays. In addition to his sermons for the early morning services, Bullinger also preached on the principal days of the Reformed church year (Christmas, Easter, Pentecost) and the patronal festival of Felix and Regula in September, leading Fritz Büsser to estimate that between 7,000 and 7,500 sermons were delivered in Zurich by Zwingli’s successor during his forty four years as head of the church. These sermons formed the crucial artery of Bullinger’s activity in Zurich, feeding all of his other intellectual, ecclesiastical, and political activities, with most of the ideas first expressed in the context of worship services recycled to fit a variety of contexts. The Word of God as the foundation for all human activity – this was as Bullinger believed it should be; yet, such a seemingly straightforward premise was in the fact the basis of a deeply complex set of issues. We still know far too little about how Bullinger worked in formulating and disseminating his ideas, nor have we penetrated the dense web of interrelationships between his sermons and writings on the one hand, and, on the other, the wider orbit of his activities as head of a large church consisted of more than a hundred urban and rural parishes. The large corpus of surviving sermons forms a map of Bullinger’s metal world; they provide a narrative structure, shaped by his language of biblical exposition, for the confusing array of domestic and international matters in which he found himself entangled. Bullinger spoke to the people of Zurich in sermons for almost fifty years, explaining the world in terms of scripture by choosing what he regarded s the appropriate text for particular situations.
Posted by sujomo at 2:34 PM 1 comment:

ZWINGLI AND CHRIST AT THE RIGHT HAND OF GOD

This is how David Steinmetz explains how Zwingli understood the resurrected Christ to be at the right hand of the Father in heaven. David Steinmetz in his “Luther in Context” (2nd ed.) pp78,79:

Christ, however, promised his continual presence with the church (Matthew 28:20) and not merely his continual intercession on its behalf (Hebrews 7:25). In part, Zwingli explains this presence by an appeal to the Johannine promise of another comforter (John 14:16), the Holy Spirit, who is the Spirit of the Son as well as of the Father. In part, he explains this presence by an appeal to a doctrine which later Lutherans call derisively the extra-Calvinisticum. The extra-Calvinisticum rests on a sharp distinction between the two natures of Christ. While the human nature remains finite in the hypostatic union, the divine nature remains in that same union infinite and unbounded. Christ can be present with the Church in the power of his divine nature. Indeed, it is the presence of Christ by his Spirit and in the power of his divine nature which transforms a congregation of individuals believers into the Eucharistic body of Christ. The divine nature which is present is hypostatically united to a finite human nature which must be absent. Both the presence of the divine nature and the absence of the human nature are soteriologically essential to the being and well-being of the Church.
Posted by sujomo at 10:12 PM 1 comment:

DID LUTHER REALLY CONSIDER THE EUCHARIST A TESTAMENT?

I am not convinced but this is what David Steinmetz wrote in his “Luther in Context” (2nd ed.) p77:


“Luther is afraid that Zwingli’s rejection of manducatio infidelium has had the subtle effect of transforming faith into a work and has undermined the utterly gracious character of the gifts which God gives the Church through the sacraments. For Luther, the Lord’s Supper is a testament, a one-sided covenant in which God both sets the terms by which he will be gracious to the Church and fulfils those terms himself. The condition for putting the testament into effect is the death of the testator, not the faith of the beneficiary. A sacrament is constituted by God’s will, testament and promise. The promise creates faith because the death of the testator has rendered it effective. Faith grasps the effective promise; it does not make the promise effective. Christ gives himself to men and women in the eucharist whether they believe it or not. Otherwise faith would be a work, a sacrifice, something offered to God in order to induce him to be gracious. Unless one affirms that even unbelievers eat the body and blood of Christ, one will lapse into a new form of works-righteousness, all the more insidious because it marches under the banner of faith alone. “The cup of blessing which we bless” is “the blood of Christ.” It does not merely signify the blood of Christ, and it does not wait on the faith of the recipient to become what it is.”
Posted by sujomo at 8:39 PM 1 comment: 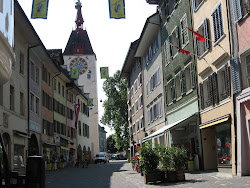